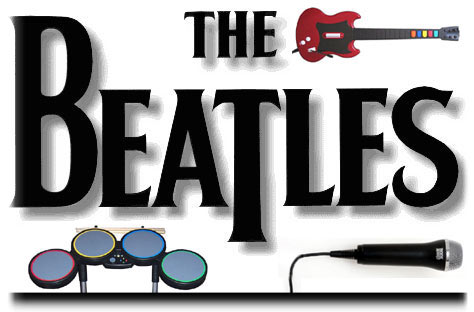 You have to tip your hat to Harmonix and MTV Games.  First, they scored some serious points by snagging the rights to Beatles music.  They continue to add to the awesomeness by including unreleased Beatles material in the game.  Dhani Harrison, son of Beatles guitarist George, revealed this information in an interview with Billboard.

Harrison is also looking forward to another release this year -- "The Beatles: Rock Band" interactive game that's due out Sept. 9 and marks the Fab Four's first entry into the digital music distribution realm. He's been intimately involved in the project and promises it will feature "stuff that has never been heard, never been released," though he's not at liberty to reveal specifics.

To the average video gamer, this may seem like standard news.  However, the inclusion of unreleased material of any sort, interviews, concert footage, or whatever, is a marketing milestone.  There are legions of fans who will pay a premium for such exclusive content.  This move, similar to the release of an alternate version of Rush's "Working Man" as Rock Band DLC, indicates that the Rock Band franchise is becoming a serious player in the music industry.