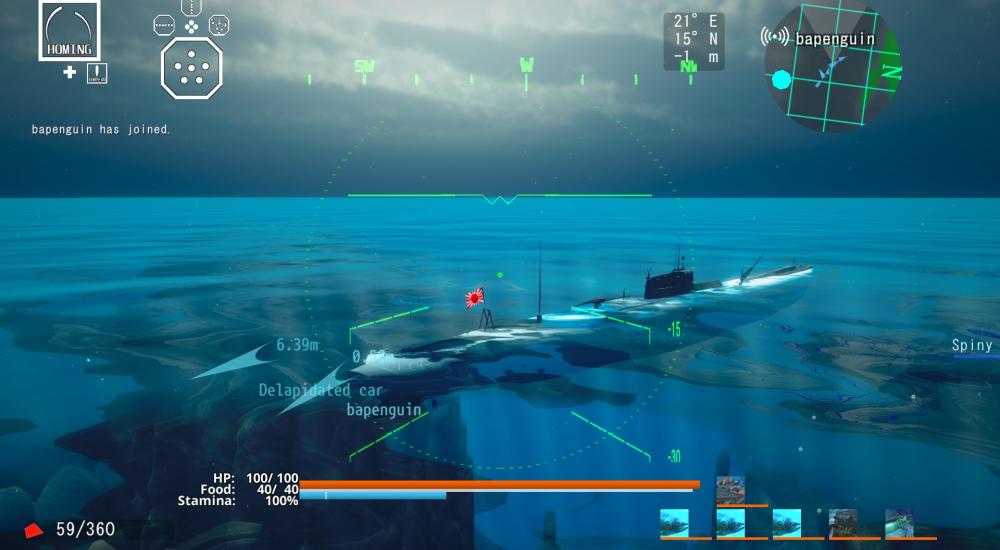 We were undecided last night on what to stream for our normal Monday night co-op stream. With Jason late to the party, Mike and I began to troll through the current list of 1000 titles on sale on Steam. And we found this gem for $6.  Aces of Seafood. And would you look at that? It's on Locke's wishlist. So we dove in.

What exactly is Aces of Seafood? It's a game where you lead (and breed) a school of sea creatures. Everything is fair game - from fish to lobsters, even hermit crabs and submarines. Wait, what? Oh yeah - you breed submarines.

Gameplay is a cross between Rez (techno womp womp), Panzer Dragoon, and a dash of Tokyo Jungle. This is the official Steam description:

In the seas of the distant future, humans have all but disappeared.
Now fish and crustaceans fight great wars, shooting deadly rays of light at each other.
In your current, newly awakened state, you are no more than a piece of seafood.
But you have also been blessed with talent for leading your allies in battle.
Ransack the reefs. Discover an underwater world. Raise an army. Multiply your victories.

Do whatever it takes to become the Ace of Seafood.

On your journey to capture reefs in the great blue beyond, you'll be f*cking up some clams with lasers from your fish mouth. Did we mention you can team up with a friend to truly have the undersea fish mafia of your dreams? Taste my heat seeking missiles barracuda!