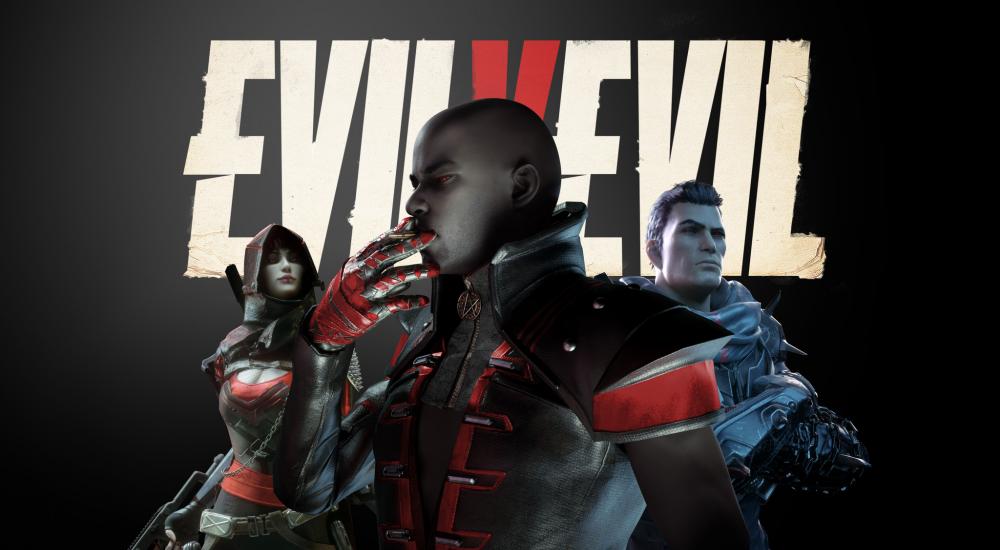 Vampires! Guns! Co-Op! Black and red! Today Enad Global 7, a newly formed entertainment group has unveiled their first project set to be fully explored at GDC 2020.  EvilvEvil is a co-op vampire shooter that will bring a setting to co-op shooters that hasn't been explored.

EvilvEvil is a co-op first-person vampire shooter with a player-directed, continuously updated storyline. Its cast of characters will bring ultracool vampires with a heavy dose of attitude and other monstrosities.

Not a ton to go on, but the teaser trailer looks promising. Could this be Left 4 Dead with vampires? The trailer points to the player actually fulfilling the vampire role, so, that's something entirely different.  Official platforms haven't been announced but it's a safe bet we'll see a PC version at a minimum.