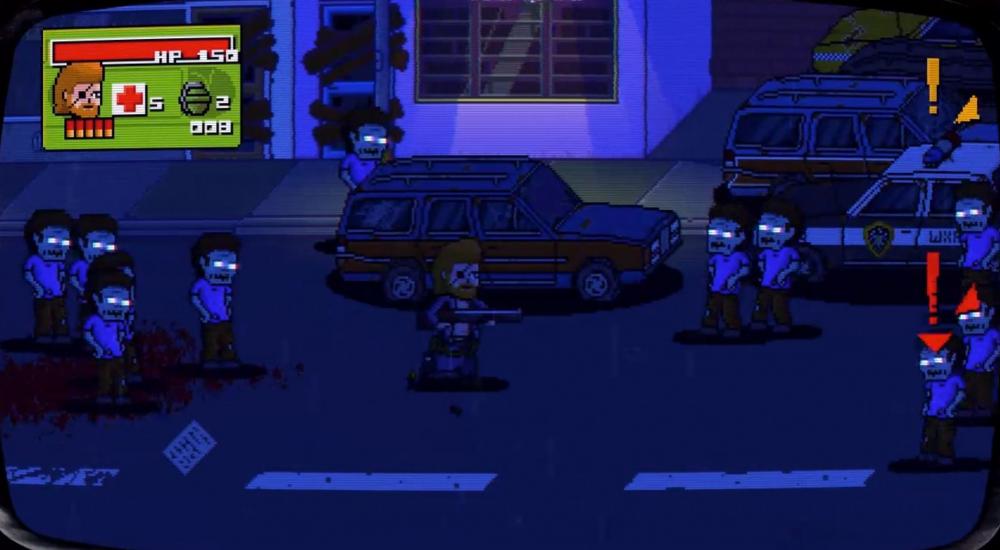 The original Dead Pixels has been featured on Xbox Live and Steam for about as long as I can remember and has appeared on a number of “Best of” lists for both  services. So it comes as great news that the Dead Pixels sequel, Dead Pixels 2: Straight to Video, has been announced for a Steam release complete with a brand new trailer and some very neon-inspired vibes.

From the official developer page: “Dead Pixels II: Straight to Video is a procedurally generated side scrolling shooter set in a post apocalyptic city in the near future of 1991. Fight your way through the hordes of the undead as you try to find a way out of the city. Raid buildings for supplies and work with other groups of survivors in order to get out of this nightmare with a pulse.” Procedurally generated zombies for me and my pixelated friends? Sign me up!

Will you be walking into the world of Dead Pixels again, or has the time since the first game just been too long? Let us know in the comments below!