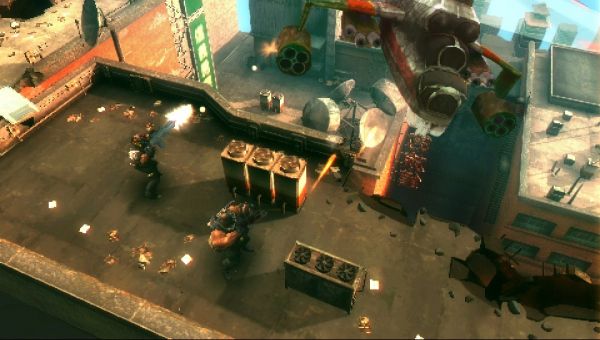 We've seen a bunch of media from the Xbox 360 and PlayStation 3 version of the upcoming two player co-op Army of Two: The 40th Day, but we haven't seen any of the announced PSP version.  That changes today as EA has released a handful of screenshots for the pocket sized duo on Sony's portable.

It appears as though there will be some more high angle gameplay in the portable version, making it almost top down in nature.  Otherwise the shots look pretty standard.  Still portable co-op games are few and far between, so this one could be a worthy addition to your library.