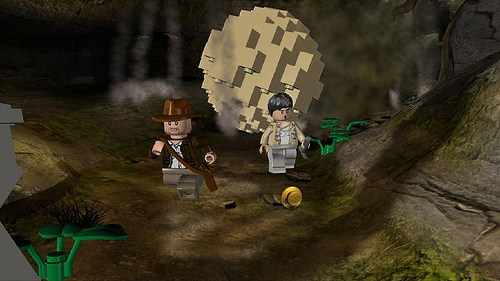 You may recall a story which we ran earlier this year, in which we predicted a Lego game based on Indiana Jones and the Kingdom of the Crystal Skull.  Well, call us Nostradamus, because we are getting exactly that later this year, and it's coming to pretty much every system.

The sequel will be called Lego Indiana Jones 2: The Adventure Continues.  The new content in the game will focus on last year's Indy film.  In case you are thinking that might not be enough content for a complete game, there's more.  For the first time, a level editor will be included.  Building entire levels brick by brick, just like when you were a kid, should be fun.  It remains to be seen whether a level editor alone will be the shot in the arm the LEGO franchise needs.  We're holding out hope for four players, and bring back online co-op please!