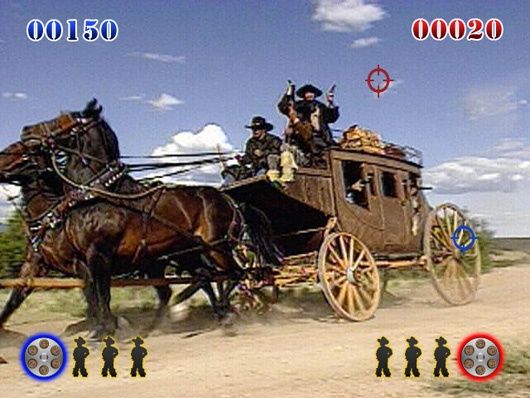 Ladies and Gentlemen, I present to you 1992.  It was a land filled with these new fangled things called "CD-ROM" drives.  And with them came the advent of Live Action Video Video Games.  One series of games found it's way not only onto consoles, but to the arcades.  The western themed game was called Mad Dog McCree - and you had to do everything in your power to stop him.

Some 17 years later, the series is back, and it's been freshened up with co-op play for four players on the Wii!  All three games are included in the $20 bundle; Mad Dog McCree, Mad Dog 2: The Lost Gold and The Last Bounty Hunter.

I'm almost afraid to see how well the video quality and acting has held up, even in its hay-day it wasn't deemed the best.