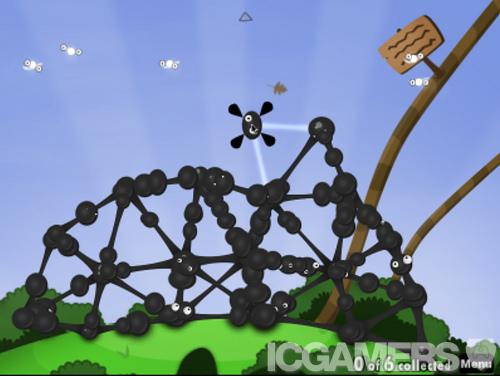 We've had our eye on 'World of Goo' for some time now, and the latest revelation about the upcoming WiiWare title has us even more excited.  Though the game will be released for PC, Mac, and Linux, as well, the Wii version will have an exclusive two player co-operative mode!  You and a buddy will be able to sling goo to overcome all sorts of obstacles together.  'World of Goo' still has no release date, and no details of the co-op have been released, whether it be split screen or online.  Either way, we're eagerly anticipating this one!