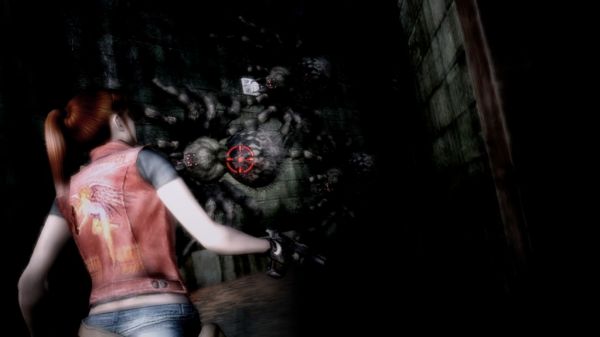 Capcom has released a fresh hot and steaming batch of screenshots for their upcoming two player co-op on rails shooter, Resident Evil: The Darkside Chronicles.  The game was announced back when Resident Evil 5 released, and is a wii exclusive title that takes players through the story of Resident Evil 2 from a slightly different gameplay style.

The game's co-op mode allows each player to control an on screen cursor to shoot up those pesky zombies, creatures, and other nasties that litter the way as you control Leon and Claire.  According to the press material, the main characters will face their own inner demons - I think that's just a code for the dilemma of releasing a mature title on the Wii.