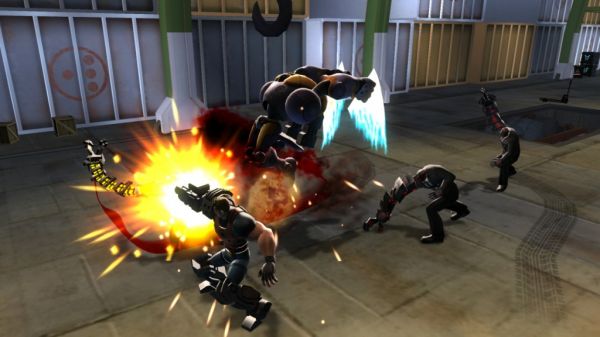 Leave it to Capcom to release amazing gameplay footage and screenshots regularly, then further entertain us with a Spyborgs webseries. We're also very happy to see that Spyborgs will be hitting Wii's earlier than expected, with a release date of September 22nd! Get our co-op brawler on early? Why, we'd love to!

Spyborgs Episode 1: Island of Fate slightly resembles the Cartoon Network hit series Reboot, amusing those of us that remember the good old days - and hopefully a few kids get in to it, too. Watch the episode and celebrate an early release with co-optimus!