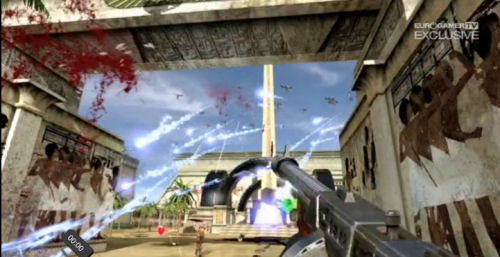 We finally have a release date for Serious Sam HD, or at least, a release date for the PC version.  Expect to kick names and take ass on November 24th with up to 15 of your friends in co-op.  This was announced in an exclusive trailer posted on Eurogamer's website.

You can read our short hands on preview with the game from PAX 09.  We came away impressed, and are itching to dive into the chaos with one of the largest and most insane co-op gatherings I've ever witnessed.  There's going to be a lot of exploding harpies.

You can preorder the game right now on Steam for only $18.  There's still no word on whether or not the XBLA version, which contains four player co-op, would be released the following day on November 25th.