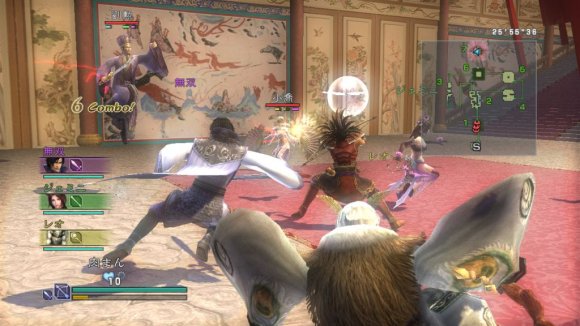 Dynasty Warriors Strikeforce was released on the PSP last year, and despite the addition of four player co-op, you were limited by the AD-HOC only play.  Perhaps the AD-HOC party would have come in handy?

The Xbox 360 and PlayStation 3 are getting the same game, with improved visuals, as well as full online support.  As the name suggests, Strikeforce, is a concentrated team based game where players must use tactics to survive against large numbers of enemies.  What sets this game apart from other Dynasty Warriors titles are the huge boss battles and unique over the top attacks.

Is that Lo-Pan in the screenshot above?  We've posted a fresh gallery below.