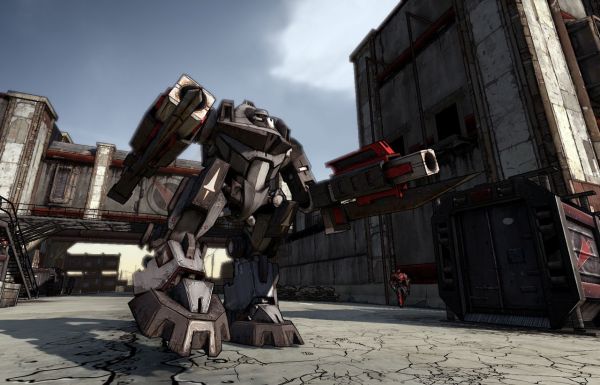 Gearbox Software has announced that the next piece of DLC will hit Borderlands tomorrow, that's February 23rd, on the Xbox 360, while the PlayStation 3 and PC will see it on Thursday the 25th.

The Secret Armory of General Knoxx contains a host of new features and fixes including a raised level cap, new enemies, and a continuation of the Borderlands story after the Vault.  Word on the street is the final boss of this DLC is the biggest and baddest boss around, that should be fun with three of your friends!  Hopefully you can use some Laser Katanas!

No price was given, but considering the pricing of previous DLC we're gonna go with $10.

Update:  Just got official confirmation this is $10 or 800