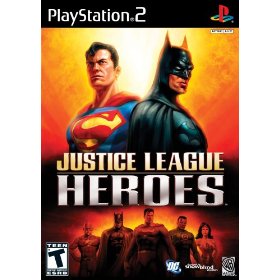 Super-hero mania is here!  Last weekend, The Dark Knight hit theaters, and broke all sorts of records.  The annual celebration of all things comic book, the San Diego Comic Con, started yesterday, and geeks everywhere rejoiced.  Just last night, Co-Optimus hosted a co-op night on Xbox Live, choosing the much-loved action RPG Marvel: Ultimate Alliance as the game for the week.  It is only fitting then, that we look at a cape-based game from the previous generation for this week's Co-Op Classics:  Justice League Heroes.

The X-Men Legends series debuted the last generation of consoles, and was quite successful.  In our house, we played through the original twice, and though we never finished the sequel due to a weird bug that kept our save crashing, we totally enjoyed it as well.  It would come as no surprise then, that more games would follow suit.  In the fall of 2006, two super-hero games were released, both of them very similar to the X-Men Legends games.  One of those was the previously mentioned Marvel: Ultimate Alliance.  The other was Justice League Heroes, which featured the heroes of the DC Universe. 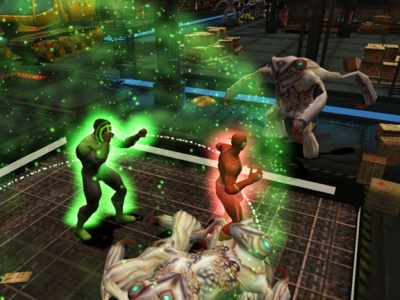 When thinking back to Justice League Heroes, it is difficult to judge it based on its own merits.  I played through the title before I owned an Xbox 360 and its Marvel game, and DC's offering was enjoyable in its own right.  However, a few months later, playing Ultimate Alliance in glorious high def, the "new hotness" made me forget all about Justice League Heroes.  In my opinion, M:UA is better in every respect than JLH.  In fact, I'd go so far as to say that the DC game was inferior to X-Men Legends 2.  There are several reasons why I feel this is the case. For fans of co-op, the most obvious problem with Justice League Heroes was the fact that only two players could play at the same time.  Three gamers in my family meant that most of the time, poor old Dad was sitting out.  Given that even the first X-Men Legends game had 4 player co-op, there's really no excuse for such an oversight.  It's the Justice League, and you want to see as many of your favorites as possible, not just two at a time.  (Maybe it should have been called the Brave and the Bold?) 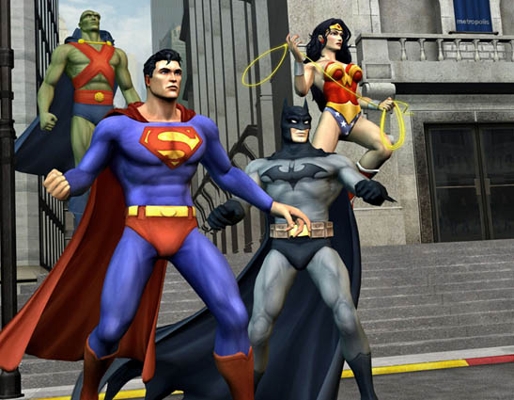 The graphics were another issue.  I'm not comparing the capabilities of the Xbox 360 to those of the PS2 here; even when compared to the PS2 versions of Marvel: Ultimate Alliance, the Justice League game fell short.  The Marvel games had always used a cel-shaded look that really made you feel like you were reading a comic book.  JLH though, used more realistic models.  Unfortunately, they didn't look very good.  Additionally, the environments and enemies were about as vanilla as you could get.  I found myself grimacing at many times due to the graphics, during cut scenes, especially.  Shouldn't Wonder Woman look, you know, like a woman? I feel compelled to throw in a rant here, and please forgive my prudishness.  Obviously, this game is appealing to young kids, and yet there was one cut scene that I felt was out of line.  Superman says something about "kicking Darkseid's @$$."  Not a big deal to many people, but to me, playing through the game with my then 5 year old son, I felt it was inappropriate.  First of all, it's a word I don't like him to use, and second of all, it's Superman for Pete's sake!  I can't think of a single time Superman has ever used inappropriate language; he's the big blue Boy Scout, right?  (Correct me if I am wrong, true believers.) 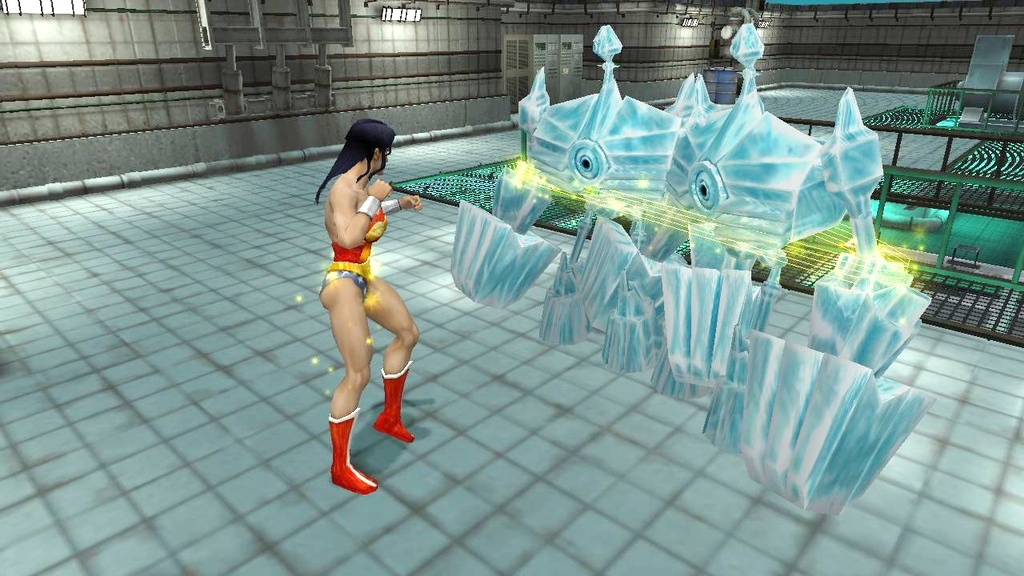 Possibly the worst aspect of the game was the lack of playable characters.  At the beginning of the game, only seven characters are available.  More can be unlocked as the game progresses, but for the most part, these are just new skins (2 more Green Lanterns) or not quite desirable (Aquaman... and the game has no water levels).  Compounding the problem of having a  rather small selection of characters is the fact that you can't be any character on any mission.  Most missions require the use of one, and possibly two heroes.  You might play through and level up Batman, say, and give him some new abilities, and then not be able to use him for the next mission.  One of the major draws of these action RPG hybrids is the feeling of character progression, but that's out the window when you can't choose your favorite character all the time.  The levelling system had a few bright points, but had nowhere near the depth of the Marvel games. 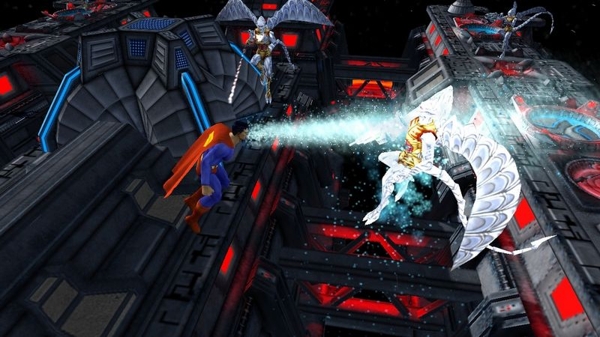 All in all, you might think that Justice League Heroes is a bad game.  Had it been released in a vacuum, apart from the excellent Marvel series of games, I likely would have loved it.  I have to say, though, that my kids enjoyed it very much, and the boss battles in particular were quite good.  However, once we beat it, that was it.  We never put it in the console again.  The simple fact is that Marvel: Ultimate Alliance overshadowed it in just about every way.  A few weeks ago, my youngest son saw an ad for Justice League Heroes in a comic book.  He asked, "Dad, did we play this game?"  If you can't make an impression on a kindergartner with a game featuring icons like Batman, Superman, and Wonder Woman, something is amiss.  I think if this game had come out perhaps six months to a year earlier, and used the character designs from the wildly popular Justice League cartoon, things might have been far different.  As it is, though, I'd only recommend Justice League Heroes if you have played all the Marvel action RPGs, and are a big fan of the DC characters.