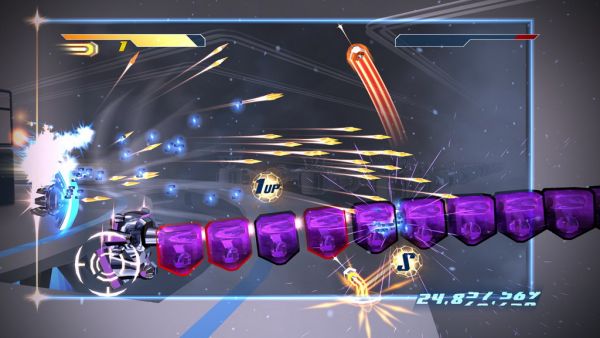 The PSN title Shatter, which combines a side scrolling shooter with brick breaking, was a original and beautiful game when it released last year.  Sadly it was missing the thing we desire most in our gaming experiences in the form of co-op multiplayer.

The game's developer, Sidhe Interactive, has just announced a new version of the game headed to Steam in the coming months, and included with that version are some co-op modes.

Included out of the box are:

The game will have full achievement and leaderboard support on Steam as well.  But what about those PlayStation owners who are already enjoying Shatter?  Sidhe plans on bringing the updates to the game on Sony's platform as well, though it's unclear if the content will be a free update or paid DLC.

There's no official word yet on the number of players or if the modes are playable online or offline.  We'll update you as soon as we have more information.