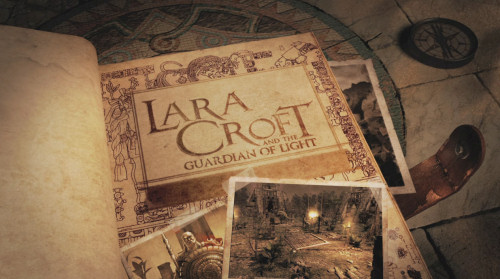 The first trailer showcasing cooperative gameplay from Lara Croft and the Guardian of Light has exploded onto the scene.  Show casing plenty of gigantic creatures, environmental puzzles, co-op play, and explosions - the trailer sets the stage for the upcoming $15 downloadable title.  While the Tomb Raider games have always had a bit of a sci-fi or fantasy edge to them, this one really looks to up the ante with crazy creature likes giant spiders, trolls, and some sort of dragon or dinosaur.  Perhaps they were trying to recapture the T-Rex moment from the first game?

Lara Croft and the Guardian of Light is set to hit Xbox Live Arcade, PlayStation 3, and PCs this summer as players take the role of either Lara or Totec - each character offering a unique style of gameplay in top down twin stick shooter fashion.  Co-Op play has players solving puzzles together, which are only solved by utilizing each others strengths.