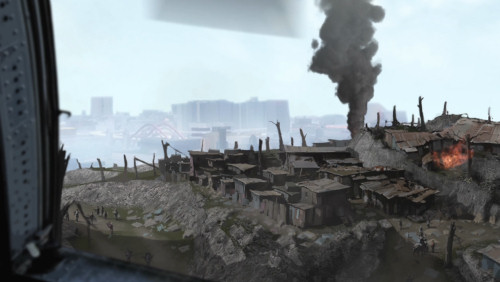 Microsoft and Ruffian Games are launching a five part animated prequel to Crackdown 2 called "The Pacific City Archives" which will chronice the deteriotion of Pacific City from the end of the first game to the new game.  These will be launched weekly up until the game ships in early July.

The series is drawn by famed comic artist Alex Ronald, famous for his Red Sands series.  It's a gritty and dark look at the world of Crackdown and along the way is a familiar voice to narrate.  Episode 1, called "Home Truths" is already out, and viewable below, as well as on Xbox Live Marketplace.  In it we look at just how hard life is for the citizens and who is to blame for the current state of affairs.