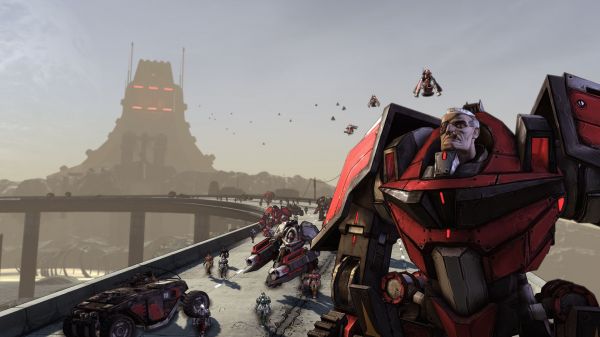 Last Fall's go to four player co-op game, Borderlands, is going to see a re-release on October 12th this year in a package entitled "Borderlands:  Game of the Year Edition."  The compilation will come included with all available DLC - that's Mad Moxxi's Underdome Riot, The Zombie Island of Dr. Ned, The Secret Armory of General Knoxx, and a code for the upcoming Claptrap's New Robot Revolution.

It's priced at $49.99 on the PC and $59.99 on the 360/PS3 - but with $40 worth of DLC include it's still a pretty good value.  Adam Fletcher, a Gearbox Employee from the forums also states the game will include a bonus map "that is awesome."  The Gearbox forums themselves are rife with debate as to whether the bonus map is an actual playable area, or in fact a real life, honest to goodness, fold-up analog map. The digital or physical nature of said map is yet to be determined as the official press release only says it's a "comprehensive map of the Borderlands territories."