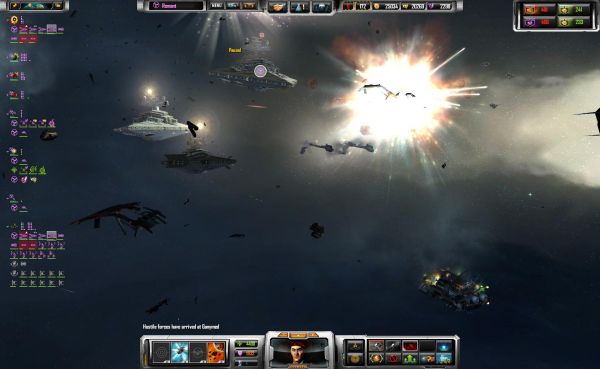 We don't typically report on mods for games that often, but every once in a while, something comes along that we have to share.  A rather... cinematic mod for Sins of a Solar Empire gives the game a Star Wars-themed makeover.  But the changes go beyond the cosmetic, with two new races, over two dozen new ships, character portraits, music, and lots more.  They even changed the color of ship lasers to match those in the films!

All in all, it looks like a fantastic mod to what we thought was a very good game in the first place.  You can read more about the mod, titled Star Wars: Requiem, at the modder's website.  The Force is definitely strong with these folks!