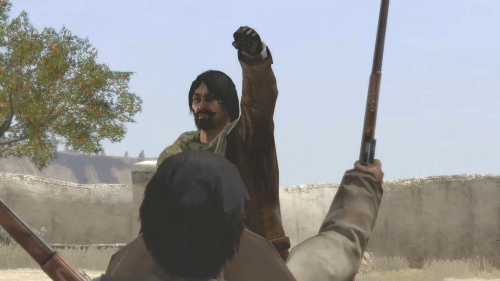 Some things in life are inevitable; like death, taxes and sequels to games that sell over 7 million copies world wide.  Back in the days of Red Dead Revolver the series was a curio when compared to Grand Theft Auto, but Red Dead Redemption's success has made it almost as important to Rockstar as Niko et al.

Quiet rumors are just starting to filter through about a sequel, tentatively named as Red Dead Revolution.  Rockstar Games are a notoriously secretive developer, and this tiny tidbit only came about when an employee of a service provider for the company let the name slip.  Since the reveal, Rockstar have brushed the name under the carpet, but even this glimpse is enough to get Co-Optimus excited.  Red Dead Redemption had an interesting co-op mode, but it lacked the depth that we would have liked.  A sequel could potentially open up the full campaign to more than one player and really make the game a co-op classic.

Doesn't a Revolution require more than one person to succeed?