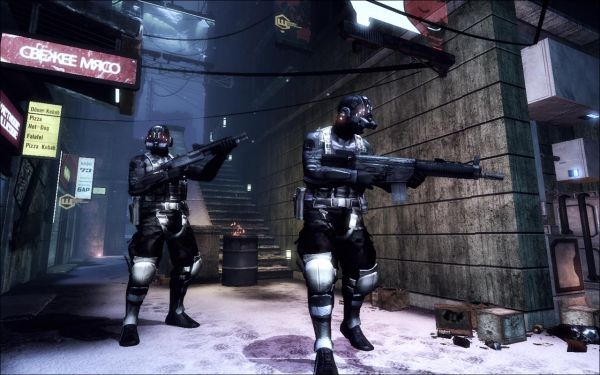 From the better late then never category comes word that the PlayStation Network version of Blacklight: Tango Down will be releasing on October 26th for $15.  The game released over the summer on the Xbox 360 and PC to solid reviews, though we didn't care too much for the co-op mode.

The good news is PlayStation owners are getting a drop-in/drop-out feature for the game, no longer needing to wait for an intermission to get in on the action.  It's unclear if the 360 or PC versions will have this feature, but we'll keep our fingers crossed.  The game supports four player co-op through four maps.

If you want more info on Blacklight: Tango Down, be sure to check out our original co-op interview and then read our review.