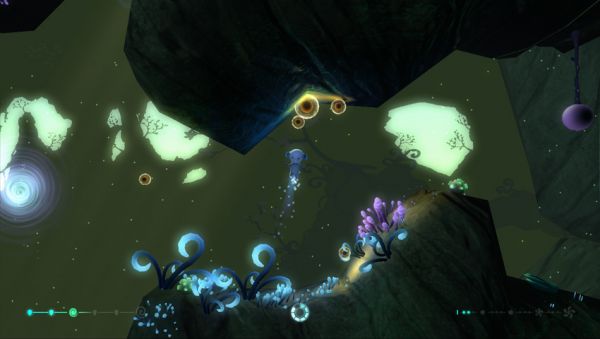 The casual gamer is becoming a major factor in the videogame industry.  The makers of Farmville are worth more than EA.  Popcap games are invading consoles, from Peggle to Plants vs. Zombies.  Atari's latest game, The Undergarden, is vigorously promoted as a "casual, Zen-like" experience, perhaps in an attempt to appeal to the Farmville loving social gamer.

Coming soon as a downloadable title for the PC, Xbox 360, and Playstation 3, The Undergarden takes players on a journey through subterranean caverns.  It's described as a physics based puzzler, where explorers can move at their own pace as they interact with the beautifully rendered underground world.  A two-player co-op mode is available, but few details about the teamwork elements have been revealed.  It might not be Call of Duty or Halo, but The Undergarden is visually impressive.  There's much to be said for a more relaxing video game experience, so we'll definitely be keeping our eyes on this one as it nears release.