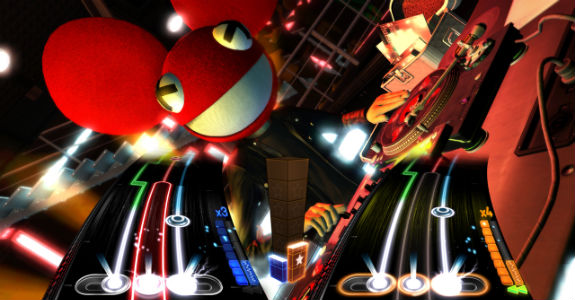 Owners of both DJ Hero 1 and 2 found themselves in a bit of a conundrum when they realized their DJ Hero 1 DLC wouldn't work with the second game.  Thankfully Activision has been quick to answer the call - the latest patch for DJ Hero 2 will allow your tracks to be imported and played from the first game.

It should also be noted that the imported tracks won't have some of the new features like free-style cross fading and vocals.  That means your co-op gaming will only be limited to two players on turn tables.

Sadly it doesn't look like the original game's soundtrack will be available to import - most likely - due to licensing issues.