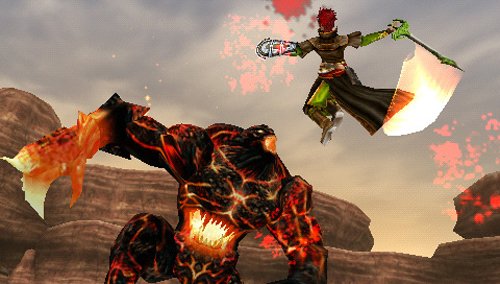 The Monster Hunter franchise is an incredibly popular co-op Action/RPG series from Capcom, which up until now, hasn't really been challenged.  It looks like that's all about to change as Square-Enix is going to unleash their own monster hunting title in Lord of Arcana for the PlayStation Portable.

The latest trailer for the game, courtesy of the PlayStation Blog, showcases plenty of action and fantastical creatures - and best of all - four player co-op support.  It's unclear at this time if the game supports online co-op, but we know at least AD-HOC play is supported.

One interesting thing to note is how many different artists, including Todd McFarlane, have collaborated on this title to create its graphical style.  Lord of Arcana is set to hit early next year.