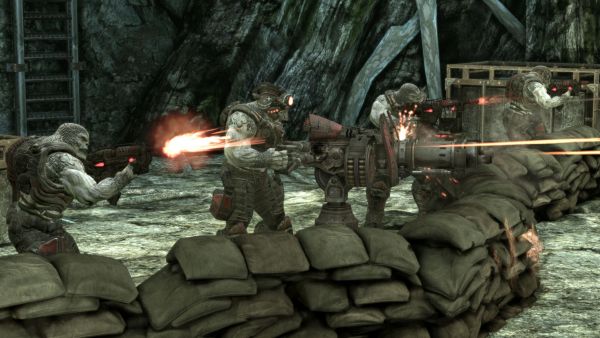 Another holiday is around the corner, and you know what that means.  Lots of food, friends, family, and of course a special event in Gears of War 2.  This time around, you can get your holiday cheer on during the '12 Days of Gearsmas", starting December 22 and running through January 2.  To begin, a 12x experience multiplier will allow you to earn those levels that much faster, and every day, the multiplier increases by one, topping off at 23x on January 2.  In addition, each day has a special modifier, such as "9 Boomers Booming" or "7 Sires a Storming".  We've got the full list of ho-ho-Horde friendly fun ready for your perusal, so grab an egg nog and relax.

• December 22nd "Concussion from a smoke grenade" - 12x XP
Concussion grenades are making a return for the day.

• December 28th "7 Sires a Storming" - 18x XP
This one isn't explained, though my guess would be Sires on every Horde wave.

• January 2nd "Some of the Above" - 23x XP
This is a combination of concussion grenades, extra clips of ammo, extra frag grenades in each pickup, 4 vs 4 multiplayer mode, and Ticker horde waves.