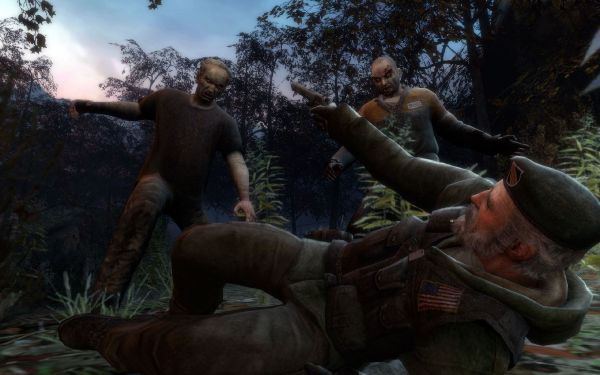 When gamers look at a game, one of the things they may overlook is the basics of design - the game's mechanics. Though we notice the potential of how a great game is great, we may not know exactly why a great game works so well. A full analysis of the gameplay mechanics for Left 4 Dead by Full Sail grad student Paul Goodman and course director Adam Greenwood-Eriksen brings to the surface the key design elements. A comprehensive look from Left 4 Dead creators give a solid nod to Co-Op being key to the games success a bit closer to the surface.

Finding a balance in the game mechanic is something that developers really have to think about. Too complex and a player may be frustrated and unwilling to play, too simple and players become bored. One such method of balancing is by looking at three elements: SRK (Skills, Rules, Framework).

That's why the monsters in Left 4 Dead behave the way they do, and have us coming back for more time and time again. The other thing that makes Left 4 Dead shine? According to the team behind the magic, the key ingredient is co-op.

While experimenting with the AI for non-player bots the dev team found that the concept of "Small team of friends against hordes of clawing enemies" had a great deal of potential. Through more playtests and design discussion, the framework was laid down for Left 4 Dead core concept of a "Co-op vs. the horde game.

By blending these two key elements; a carefully laid framework and a survival situation with your friends, Left 4 Dead is able to use a variety of elements from game mechanics rules. Simple infected require a simple strategy to defeat, while the more complex enemies require a lot more teamwork. Having four people work together changes the boring to fast paced, and the challenging to a good fight. This is why Left 4 Dead works.