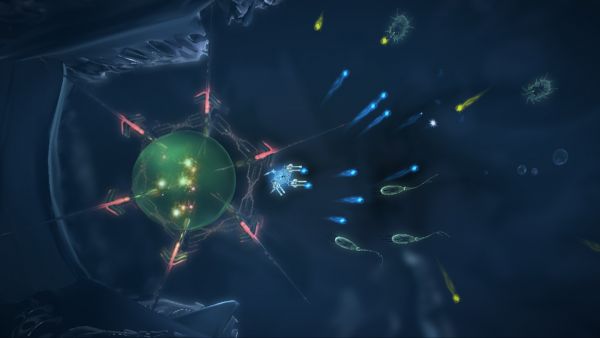 Ok, so maybe the title of this news post was a bit gross, but hey, that's what Microbot is all about isn't it?  The twin stick shooter set inside the human body has been available on Xbox Live Arcade for a few weeks, and now Playstation 3 owners can get in on the action.  For a mere $10, fans of Sony's console can help fight off the rogue nanobots infecting humans, too.  The title has been fairly well reviewed, and we hope to have some playtime with it and a co-op review for you soon!  In the meantime, don't forget to wash those hands and use lots of antibacterial sanitizer; you never know when the flu or a pack of killer nanobots might be lurking under your fingernails.