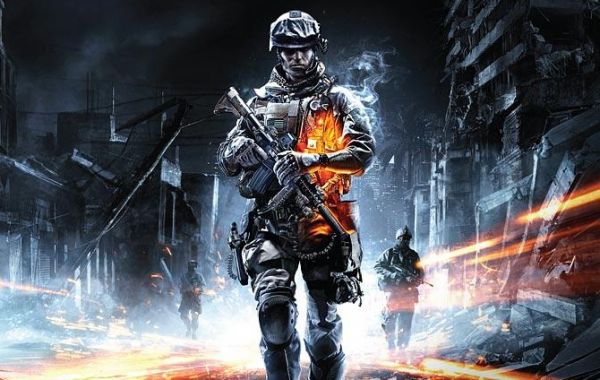 Late delivery! This information post was supposed to go live on Friday, but in hoping that some new details would come from DICE's recent media event I held off. Bad call - DICE and EA are keeping the pin in the grenade for now.

So what can we expect in terms of co-op when Battlefield 3 releases near the end of this year? By cannibalizing several news sources we've surmised the following: Battlefield 3 will feature a co-op campaign (in EA's own words), it will be separate from the main campaign, and it will be online only. Obviously, this is not a scenario for "the best possible...co-op game", which is exactly what executive producer Patrick Bach claims to be aiming for. Perhaps his comments in the current issue of Game Informer are more revealing of how DICE is approaching Battlefield 3 co-op:

What are your plans for co-op? Will you be able to play through the campaign with friends?

During the summer you released the one-off Onslaught mode for Bad Company 2. How did you feel it was received?

Okay. Only okay. Onslaught was an experiment on our side to see what we could with our technology on existing code, more or less. There was very little code change because it was more or less supposed to be a little quirky mod for Bad Company 2. It was actually received better than we thought. We now know much better what is needed, and of course we have better tools that are designed to do these things. I can honestly say that we can now do whatever we want to do, and the choices we have made for the game are based on what we want rather than what we have.

It seems quite clear that technical limitations aren't as much of a factor as design decisions when it comes to co-op. At least, that's what Mr. Bach would like us to believe. Which is disappointing, maybe even more so than a simple "we just can't do it with Frostbite 2.0" might have been.

On a more positive front, PC gamers are once again getting the love they deserve - Battlefield 3 is being developed primarily as a PC title, then ported to consoles. And although modding tools are a very low priority this time, DICE is providing dedicated server support. How this affects co-op we're not sure yet, but since the cooperative campaign is an online-only affair and DICE claims to be striving for a high quality co-op experience...it may be a relevant bit of news, and most welcome.