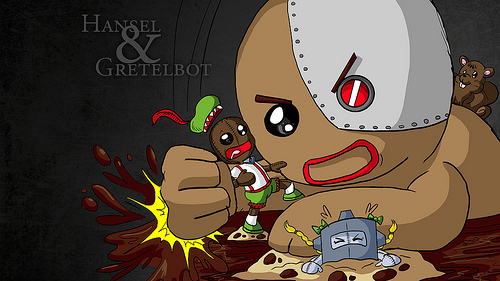 We missed this one last week, but LittleBigPlanet 2 received its first big update - version 1.01 Cupcake as MediaMolecule calls it.  The patch fixes a whole host of issues, including some really strange ones like having your entire POD go missing, Clank missing eyes, and a "squishy" SackBoy.

Other improvements include stability options and greater compatibility with LittleBigPlanet 1 levels.  Speaking of levels, the game received a free community pack of levels called Hansel and Gretelbot.  This pack of 7 levels features story, cutscenes, music and voice acting and plenty of co-op gameplay.  Free is good, but this really looks to take the "cupcake."