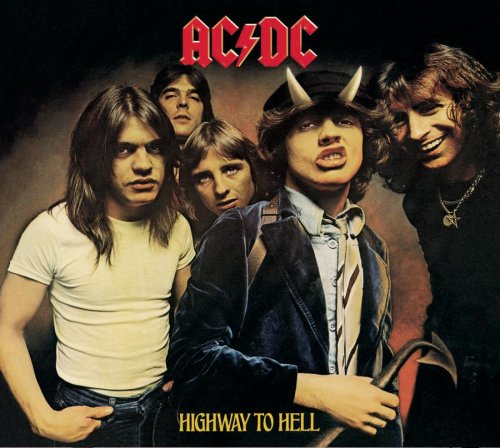 WARNING: BAD PUNS AHEAD, READ AT YOUR OWN RISK.

The latest Rock Band news has hit, and I'm a bit thunderstruck, I have to say.  Classic rockers AC/DC are hitting your favorite consoles on November 4 with a Live Track Pack.  It appears that money talks, and the Track Pack will be a Wal-mart/Sam's Club exclusive.  Truly, this unholy alliance with Satan's favorite megastore will lead the band straight down the highway to hell.  Apparently, the band wanted to make sure their ledgers were back in black.  Ask not for whom hell's bells toll, dear reader; they toll for AC/DC.

However, these dirty deeds were not done dirt cheap: 18 songs for about $40 for current gen versions seems a bit steep, even with the promise of a free export to Rock Band 1 and/or 2.  I know I'll be shaking my head all night long when I consider that that's $4 more than standard DLC.  Who can argue, though, about AC/DC's status in the rock world?  High voltage guitars coupled with thundering bass, like TNT; the band is, indeed, dynamite.   These issues aside, this is quite an exclusive, one of the most requested since the dawn of Guitar Hero.  So, we have to salute those about to rock with AC/DC.  Maybe hell ain't a bad place to be after all.  More details and less terrible puns after the break.

The AC/DC LIVE: Rock Band Track Pack will also be available at most major retailers in Europe, Australia and New Zealand in early December. All tracks from the disc will be available for play in Rock Band and Rock Band 2 by entering a special export authentication code for the Xbox 360 and PS3 versions.

*AC/DC's forthcoming album, Black Ice, will be available exclusively at Wal-Mart and Sam's Club on Oct. 20th for $11.88, as well as on the band's website.

(Full track listing and original post after the break!)