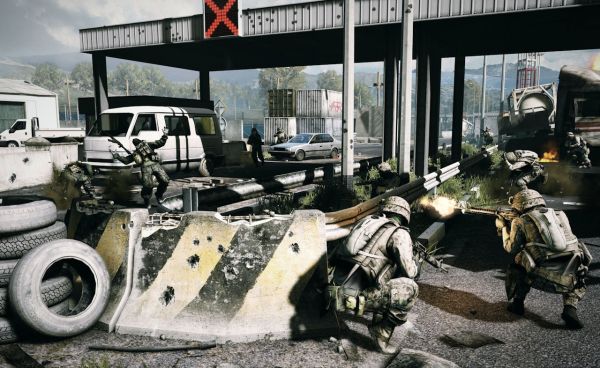 Battlefield 3 is just over a month away and the multiplayer versus beta is kicking off in just days on September 29th, so our cravings for the DICE developed title grow with each passing day.  While I managed to get a tease of the game's co-op mode at PAX last month, the small snippet left a lot to the imagination as to just how the co-op mode will play out.  Today though, new information has been revealed describing what players will be experiencing in the two player online cooperative mode.

While many folks were disappointed to hear the game only supports two players in co-op, it does give game designers an advantage in some respects.  They can develop scenarios that require two people to be present and can guarantee there will be two people present to complete them.  If for instance you had four player co-op support, you need to make sure your scenario works for both 2, 3 and 4 players.  That's no easy task.

“For the most part, the missions in the co-op campaign are asymmetric. This means that one mission can have you piloting a helicopter while your friend is the gunner, for example. Other situations have one player disarming a bomb and the other one defending him. Or (as you could see in our press conference playthrough at gamescom) you can do tandem kills to avoid detection. There are also other mechanics requiring teamwork, such as spotting enemies to make large firefights easier, or the essential concept of reviving one another to avoid ending up at the game over screen.

“The co-op missions in Battlefield 3 all take place in the same world as the single-player campaign, and follow a unique series of events that lead up to an explosive finish. Players in co-op will take the role of soldiers that are not tied to any one particular branch of the Armed Forces. This is an intentional design decision to allow for a vast variety in gameplay in the different co-op missions.”

Definitely sounds like a lot of attention to detail was given to both players present.  We also have learned the co-op players will get scored on the missions themselves and posted to Battlelog adding a small competitive element between co-op teams.

Battlefield 3 co-op looks to be shaping up to be better than once expected.  Despite being disappointed early on by the features announcements for it, it seems like DICE is taking a lot of time to make what we have a lot of fun to play.