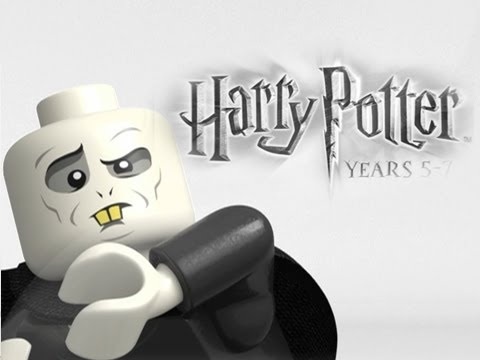 Everyone has their own unique game face, mine is one of sheer concentration; a cross between a man sucking on a lemon and trying to lick treacle off his nose.  As you must be imagining, it is a beautiful sight.  Even Lord Voldemort has to work on his game face once in a while, and he does so in this new trailer.  He who shall not be named (Voldemort is anyone is confused) has to be as scary as possible for the upcoming LEGO Harry Potter: Years 5-7.

Harry's 5th-7th years will be released on Wii, Playstation 3, Xbox 360, PC, PSP and Nintendo 3DS on 15th November.  Not long for you to practice your own game face.