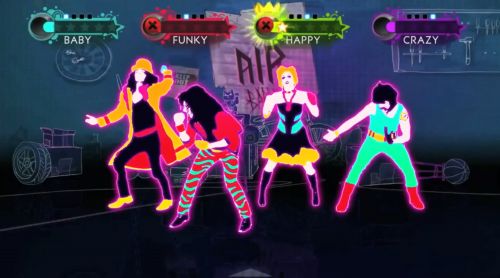 It’s not that we are surprised by this, but it does make our cravings for a decent, dance game to make a dent in our wallets. As projected by Ubisoft’s 2012 Earnings Presentation, a Just Dance will be making a Wii U appearance to the co-op scene. As the economy is still on the rocky side of things, Ubisoft expects that Just Dance’s sales will take a decent dive this year, but not without reason. In preparation for what is to be expected from Just Dance’s future, they hope that the franchise’s expansion over to the Wii U and expanding retail to other countries will help bring their sales back up to normal. While the Wii U’s debut is less than half a year away, no release date has been confirmed for a Just Dance on the Wii U yet.  By the end of March next year, however, it could be a part of the group of seven Wii U games that Ubisoft is projected to finish. Still, we believe the gaming scene will be more curious to find out how the Wii U controller will be incorporated into the gameplay itself (we hope that we won't have to dance on the Wii U tablet). We'll let you know once we hear anything more.