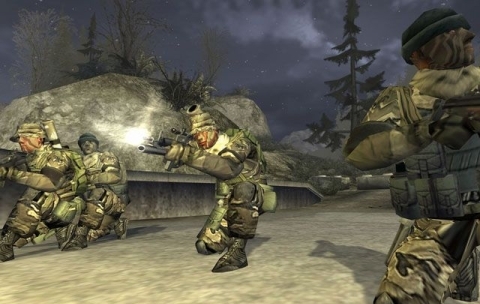 Like so many other games these days online play eventually disappears into the Matrix - forever lost to gamers   forever.  Never again will you be able to walk those hallowed halls with your mates in online co-op.  On the 10th anniversary of the SOCOM franchise, Sony is shutting down the servers for several of their games, including SOCOM: Combined Assault and SOCOM: Fireteam Bravo 3 - both the co-op titles.

Here's the complete list of title's servers to be shut down.

Luckily the recent SOCOM 4 on PlayStation 3 is unaffected. So if you plan to get some co-op gaming in with either of these title, you better do it before August 31st, 2012.