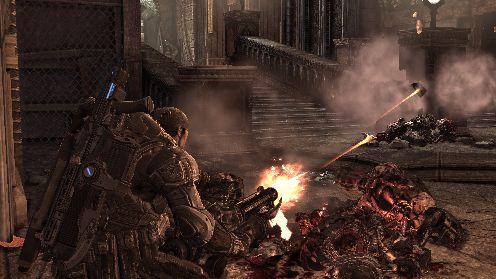 If you've read our Gears of War 2 review, you know we love the five player co-op Horde mode.  Well guess what?  We aren't the only ones.  In fact, despite the competitive nature of Gears of War the folks have Epic have revealed that Horde is in fact the most popular online mode.

There's been over 3 million public matches played so far, and the majority of those are co-op Horde matches.  Most likely played on the River map, the game's most popular multiplayer map.  And those numbers don't even include players private matches, which is the only way we've been playing Horde around Co-Optimus HQ.  More proof that co-op gaming is on the rise.