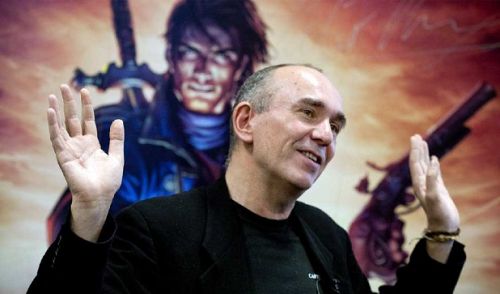 Studio 22 Cans, Peter Molyneux’s new game studio, is about to release its first game in a short while, but their follow up title is what we’re dying to hear about. Literally called Cooperation, the game is supposedly going to be one hell of a co-op project, according to Molyneux.

Molyneux , most known for being the creator of the Fable series, and 22 Can’s initial game, Curiosity: What’s in the Cube, for the iOS platform has taken a more ‘social experiment’ approach than any normal game. The game places players in a virtual room with a cube that the users tap, causing cracks to form and eventually breaks it. The player who delivers the final tap will get to see the “truly amazing” object inside the cube. What’s inside is what makes the game worth playing. Cooperation, however, is said to be a completely different type of game. Cooperation is aimed for the co-op audience and is trying to reshape the face of video game co-op, using What’s in the Cube as sort of a springboard. As Molyneux put it in an interview with Polygon:

Cooperation is very, very different, maybe it's not a game, or maybe you'd call it a social game. If you think of [Curiosity] being the biggest mystery posted to the digital world, Cooperation is the biggest cooperative effort the world has ever known.

Hesitant to say much more about Cooperation, Molyneux made it clear that the game will be competitive by nature, but still emphasis co-operative elements. What those are, we are still don’t know. Until the day we hear more details, we’ll keep wondering what will make his future co-op title stand out the “biggest in the world”. Maybe if we keep tapping the cubes on the iOS we’ll find out?