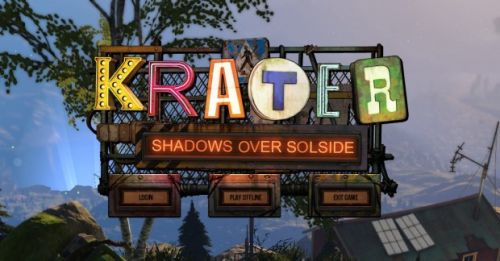 Krater: Shadows Over Solside was released back in June and if you haven't had the chance to check it out, think of it as a squad based dungeon crawler with a post apocalyptic junkyard theme...and robots. It was released as single player only and was begging for co-op so thankfully the nice developers at Fatshark are patching in their FREE co-op mode today.

The game features some intense combat, especially for this genre so friends are going to be welcome. You will be able to explore, fight, and loot together for hours of co-op specific missions. You will have to topple some bosses that require the help of allies. The best thing? You get to bring back all of your spoils to your main campaign.

This is the first of three major content updates that Fatshark are going to be dolling out over the next couple weeks. Their producer, Robert Bäckström had this to say about the update:

The update is not only adding coop to the game – we have also used this time to polish and add new content such as new characters, items and bosses. Its safe to say that the experience you get from playing the game in coop today compared to the single player game released June 12 is both different and better.

You can head over to STEAM and pick up Krater on sale right now for $7.49 or treat a friend to the 2-pack for $13.49.  That's less than lunch, so do yourself a favor and buy it so you can help save some robots from utter destruction.