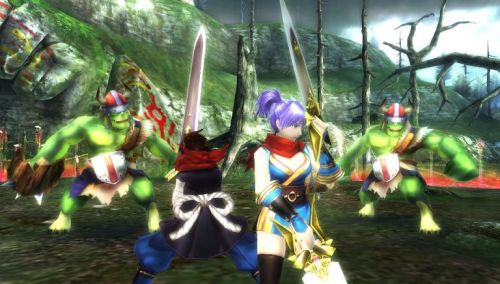 Is it just me or are we running out of good names for computer games?  The simple to understand Monster Hunter has already gone, so XSeed have come up with the slightly less catchy Ragnarok Odyssey.  This 4 player online co-op game is exclusive to the PSVita and will set you back $39.99 for the standard edition, or $49.99 for the Mercenary Edition (which includes monster guide, soundtrack and 10 collectable cards.)

There is a reason that I mentioned Monster Hunter in the same sentence as Ragnarok, as both games are in a similar genre pool.  Up to 4 players can combine online in this action-rpg to take on increasingly large and fearsome foe.  Multiplayer can be achieved by either ad hoc means (playing with randoms), or setting up a game with you real life pals.

The more players that you have will increase the difficulty.  Even so, the below video suggests that the more of you the merrier, as the enemies look tough to beat and the loot gets better with increased numbers: