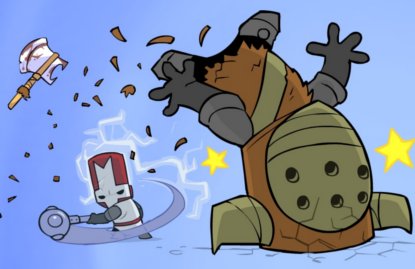 I remember when we were hyping up Castle Crashers. It was one of the few co-op games we knew were going to be a stand out title. Four player online, easy pick up gameplay, and graphics that just ooze style. Then the game was released, and our hopes and dreams were dashed. What we got was a great couch co-op title that severely lacked any workable online.

"We're working with Microsoft to get the title update out as quickly as we can. Sadly, we can't get into details about the certification process, but we've resolved the game's issues with data loss and networking in addition to other bugs. We can't really comment on the release yet as we're not allowed to talk about it because of Microsoft, but the update's release is definitely reaching the end of the process.

We've received great support from our fans on our forums in identifying issues. That feedback has helped out a lot and we're really honored to have such an awesome group of fans in the community."

From all accounts certification is an 8-10 day process for content and updates, including demos and such. Many developers have voiced their displeasure with the process, but it does serve a purpose. So what could possibly be the hold up on Castle Crashers? My guess is the stuff simply isn't fixed. It's probably being bounced back and forth between certification and development and Microsoft just wants it done right so they don't have to deal with this again. It's really unfortunate, Castle Crashers could have had some serious legs, but I know plenty of people who the very mention of the title turns them into a fit of rage. They fill ripped off. They bought the game for online co-op and it missed that boat entirely.

We've actually had codes to giveaway for this game for some time now, so now is a good a time as any to give them away. Simply leave a comment here and we'll choose the winners at the end of the week. Perhaps by then a miracle will happen and it'll magically pass certification.