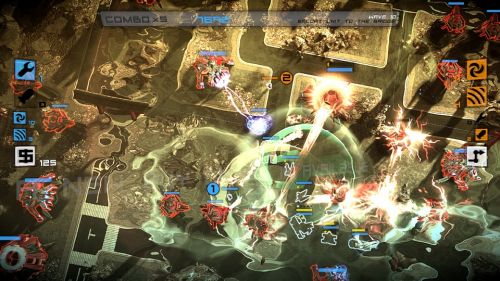 The PlayStation Plus subscription model has been a boon for co-op fans in 2012 with plenty of titles being made free as part of the package.  The latest is Anomaly Warzone Earth, a RTS/Tower Defence game that has an exclusive local 2 player co-op mode only available on Sony's console.

Anomaly only came to PSN in the September and is already free.  This may be because the co-op is a little tacked on - one Co-Optimus regular, Macrocephalus,  goes so far as to say

the gameplay is fundamentally structured for solo play

The repetitive wave attack co-op mode may not be the greatest slice of multiplayer action, but for the princely sum of zero dollars it is perhaps worth giving the game a chance?