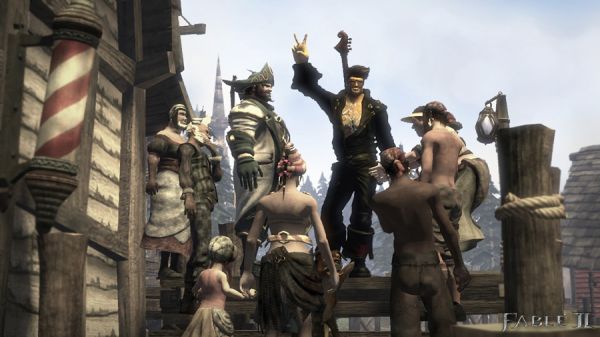 As we previously reported, Fable II's DLC Knothole Island is coming this month, and as per Lionhead Studios' official announcement, both the host and henchman in a co-op session would need to have the content installed come December 12th.

Colony of Gamers has both good news and bad news regarding Knothole Island...
The good: a free patch is coming for those who decide not to purchase the DLC...the patch allows henchmen to co-op with a host that has made the purchase.  Some new items will also be available via both the patch and premium DLC.
The bad: Knothole Island will now be available on December 22nd.*
* videogaming247 confirms this information as well.

In this case, the good news vastly outweighs the bad. We can wait an extra ten days for the additional support and free in-game items (whatever they may be).

But wait; that's not all! Click "Read More" to see the new Knothole Island achievements!