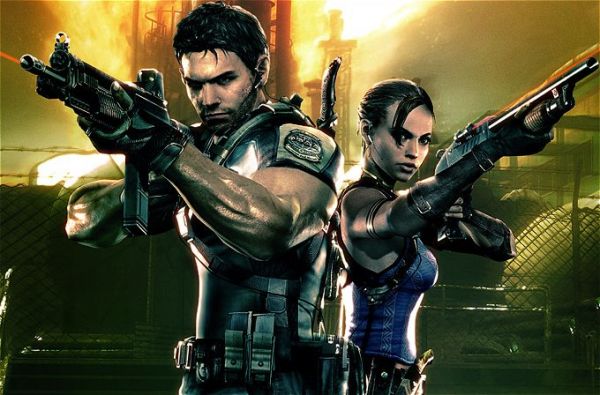 Because playing with a real-life partner isn’t always possible, developers often include AI to act as a 2nd player in co-op games. AI companions in video games are rarely as good as a real player, and are prone to mistakes, but they can serve a purpose as bullet-sponges / coverfire. However, some games have AI companions so horrible, they become a liability to your success.

In games that depend on having good partners, poor AI can really ruin the experience. It’s like being a pro card player on a blackjack team full of rookies (if you enjoy such casino games, Casumo is a solid option.)

In this article, I’m going to show you 5 games where the co-op AI is more likely to get you killed than to be of any service.

Left to their own devices, AI-driven sims will make some truly horrible choices. A hungry sim is likely to eat a spoiled grilled cheese sandwich that’s been sitting outside overnight, then cook something on the Food Quality 10 stove you bought them.

They’ll play chess on the porch in the winter until they freeze to death, wash dishes in the bathroom sink instead of load the kitchen dishwasher, and don’t get me started on their parenting skills.

Perhaps the scariest thing about zombie survival horror game Resident Evil 5 was your AI partner, Sheva. If she’s behind you, she constantly shoots you in the back. If she’s in front of you, it’s like she intentionally places herself in front of your crosshairs.

Any valuable resources to be found in the level, like ammo and medkits? They get vacuumed into the infinite void that is Sheva’s inventory - and forget anything about “resource management” because she guzzles medkits like a morphine addict.

WWE’s games throughout history have had notoriously horrible AI, particularly when it comes to tag-team partners. If you pin an AI opponent, expect their AI tag-team partner to practically teleport next to you, like some kind of spandex-clad Harry Potter, and disrupt the pin. If you get pinned, expect your AI partner to be somewhere a thousand miles away from the action.

What’s funny is that your AI opponents in WWE games can be ridiculously overpowered. It’s not uncommon for AI wrestlers to kick out of pins after you’ve pushed them off the Empire State Building and ran them over with a steamroller for good measure, then stand up and reverse all of your finishers like nothing happened. Meanwhile, a gust of wind will incapacitate your AI partner for a large duration of the match. It’s almost like AI partners in WWE games are programmed to sabotage your matches.

The developers of Knights Contract took the concept of “the bad AI gets me killed” and made it literal in this medieval action-RPG. In Knights Contract, your character is “immortal”, and your AI partner is a witch who takes all of the damage for you. The catch, however, is that if she dies, you die - which technically makes you not immortal, just impervious to direct attacks, but that was probably lost in translation.

In any case, expect your “immortal” knight to die very often because the AI partner directly responsible for your life is one of the worst examples of game AI in the history of gaming. Like, combs-her-hair-while-under-fire levels of terrible AI logic.

It’s not that the AI decision-making is so terrible in Fallout 3, because the AI doesn’t really make decisions beyond “shoot at enemies”. The AI companions in F3 are glorified bullet-sponges, which isn’t a bad thing per se. It’s that the companion pathfinding is so terrible, you’ll often be wondering just exactly where the hell your bullet-sponges actually are.

You’ll find yourself constantly running back to rescue your companions from dangerous hazards, like a table they’re trying to walk through. And don’t ever think about asking them to jump off a ledge more than 2 inches high, or else they’ll take the long way down - like, all the way around the mountain long way.