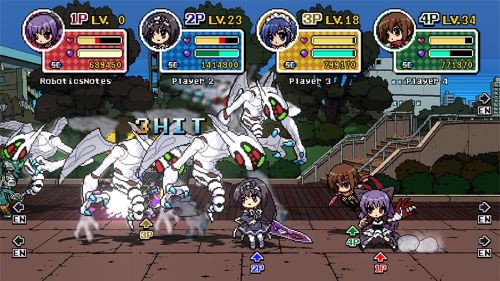 Japanese developer 5pb Games has revealed that there is an Xbox LIVE update for arcade beat-em-up Phantom Breaker: Battle Grounds currently in the works, and will be in gamer’s hands shortly.  We have the full patch notes of changes that are to be made, so read up and be ready for when they arrive.

It won’t be much longer until Phantom Breaker: Battle Grounds receives a well-deserved title update, having only since received a small character DLC of Kurisu from Steins Gate this past March 12th. Once the update comes, however, the game will gain some brand new rules to Battle Ground mode (essentially the “Battle Royale” mode of the game that allows players to use their leveled characters against other players), a few features, most notably "Nightmare+" mode, and some other general fixes to the game. Keep yourselves in the loop with the full list of changes stated below:

-The current “NAT type” is displayed on Xbox LIVE Menus.

No experience is rewarded in this mode. (Red Gems)

-On the Skill Set screen, added a button func. to clear the learned character skills.

-The silver accounts were not being able to see the leader boards.

-A silver account was not being able to access the “Buy Full Game” button on the main menu.

-Fixed a bug that clears a character’s experience points.

-Fixed a bug after a boss event that caused the game progress to stop.

-Modified the time that the Cancel Armor lasts when there is still no counter burst learned.

-Fixed the color palette combinations of bosses and NPCs.

-Fixed an issue with the throw-able bananas of the character Kurisu.

-Fixed a bug with an Infinity’s special ability cut-in.

-Modified the condition on which Waka’s dash+EX+SP attack was executed.

-Items fall in a timely manner.

-When low on HP the Burst gauge will charge more rapidly.

Unfortunately, there isn’t an exact date on when the update will take place, but it should be very close to release. Phantom Breaker: Battle Grounds features 4-player local or online co-op modes, which are explain very thoroughly by our resident beat-em-up expert, Paul, here.