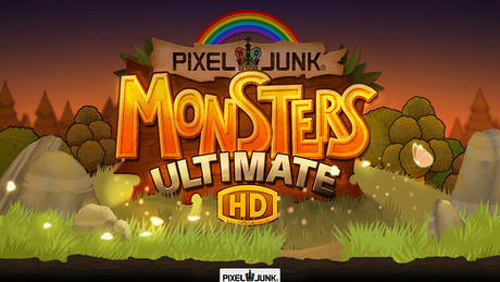 Vita owners were more than a little disappointed with the lack of Vita-related news at E3 2013, but a little PixelJunk might cheer everyone up. Double Eleven recently announced it will be handling a remake of the PlayStation 3 and PSP tower defense game, titled PixelJunk Monsters: Ultimate HD.

So, what's new in the remake? PixelJunk Monsters: Ultimate HD features remastered graphics optimized for the Vita, along with added touchscreen controls. Because when you've got it, you might as well use it! All of the extra towers, enemies and levels from the Deluxe edition a few years ago will also be included, just in case you were worried. Expect around 30 hours of gameplay spread across challenge levels and campaign mode, which includes fighting your way through hardcore difficulty for those last few trophies you know you just gotta have. The team at the UK-based Double Eleven wants this to be the definitive version of PixelJunk Monsters. It's a compilation as well as an upgrade and should show off the Vita's gorgeous little screen quite well. Co-op for previous versions of the game was locked at two players online, so there's no reason to think any of that has changed. Look for PixelJunk Monsters: Ultimate HD this summer!