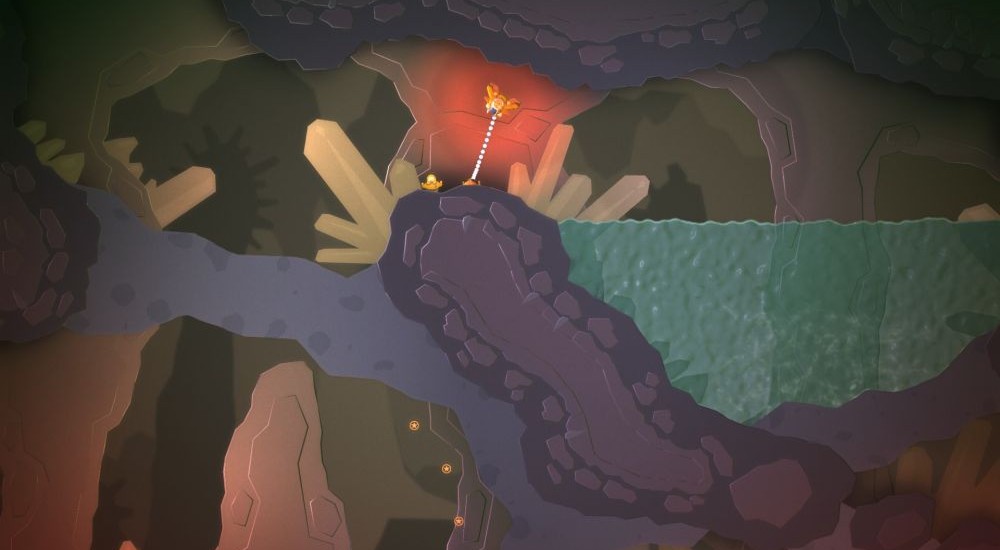 The PixelJunk Shooter games combine action, exploration, puzzle solving and shooting that takes place in a world of dynamic fluids. An underground research trip went haywire, leaving scientists stranded in all manner of dangerous locations. It's your job to trawl through the subterranean world, picking up stragglers with your grappling hook while searching for treasure. It's a simple set-up, but with all the destructible environmental puzzles and the fluids that interact with each other, it quickly turns into a must-play game.

PixelJunk Shooter Ultimate keeps what made the original games awesome while improving on a few things you didn't even know could be improved upon. The visuals are the most obvious upgrade, as now everything looks brighter, crisper, and more colorful, especially the new 3D ship models. And if you don't like it, switch classic visuals back on, nobody's gonna judge you. Local co-op is still a core part of the experience, offering up superb puzzle solving action for two players using any combination of keyboard and controller inputs.

More new bits include the following:

Grab PixelJunk Shooter Ultimate through October 28th for a nice 10-15% discount. If you purchase through Steam and already own PixelJunk Shooter, that'll nab you an extra 20% off. If you own PixelJunk Eden, PixelJunk Monsters, or Nom Nom Galaxy, that's another 5% per game. The discounts stack up, so if you're a PixelJunk fan, you're in for a sweet treat.