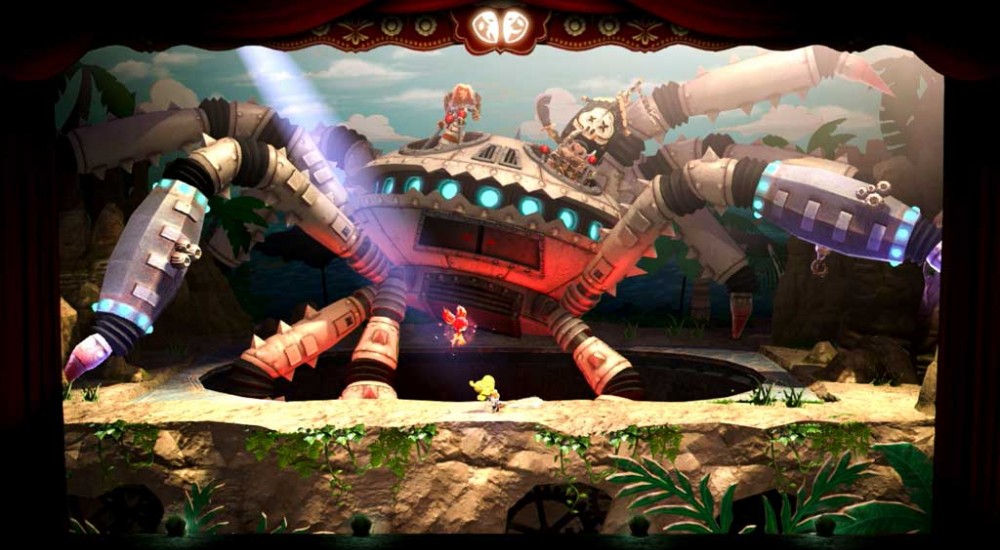 We have a handful of cooperative titles coming out this week. By now you should have figured out what classes you can blow off. Time to buy some games.

Puppeteer (PS3,PSN) A little boy is kidnapped by a demonic bear monster. The horrible creature turns the boy into a puppet and then eats his head. The headless puppet finds a magical pair of scissors and begins a platforming adventure of vengeance. This is a kids' game.  2 player local co-op

ArmA 3 (PC) It's a giant sandbox of a military shooter sim. Sounds like a great opportunity for me to get lost and run around until I get shot, just like in every other military shooter. Luckily, there's a vast community who make this game much more than a simple point and shoot deathmatch. 16 player online co-op, 16 player LAN co-op

Legend of Dungeon (PC)The rogue-like, dungeon crawler, RPG-esque beat'em up blends a whole lot of genres. It's also randomly generated. Well, that just about checks off all the boxes... I wonder if it has sniper rifles.  4 player local co-op

The following games will be available from Amazon later this week. If we missed any co-op surprises be sure to let us know in the comments section.