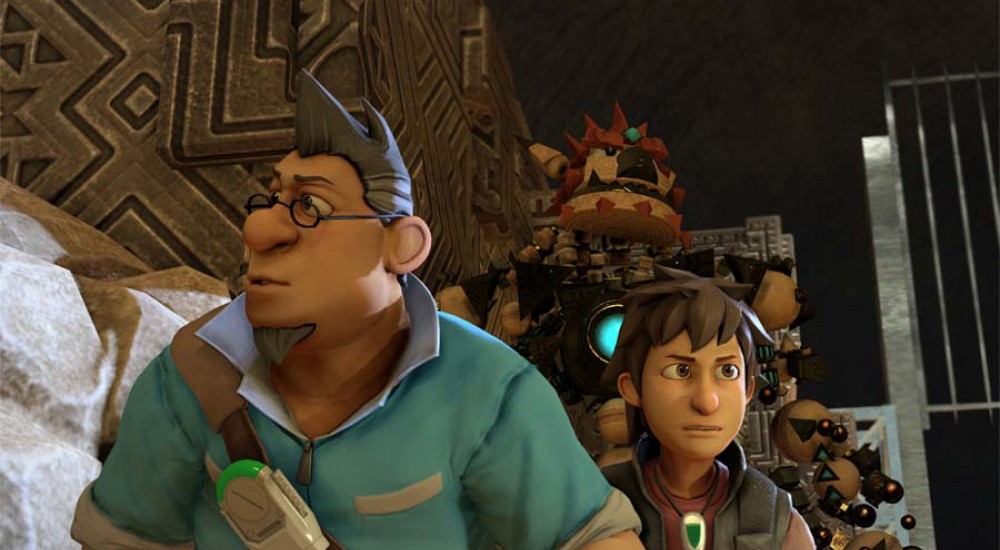 Upcoming PS4 launch title Knack has a rather unusual co-op mode, but until now it's been just a bunch of verbal descriptions. Two new videos finally show off some multiplayer action, including remote play using a PS Vita!

The first video, a four minute long Fresh Look by IGN, shows some quick snaps of co-op play surrounded by some pleasantly positive impressions about the game as a whole. The second video (below) is a shorter capture showing remote play with PS Vita. The portable device functions as a second screen, much like you'd expect, showing player two's point of view independent of the main game.

Knack may look all happy and friendly on the surface, but the run and jump action game presents quite a sturdy challenge. It's not Dark Souls difficult, but you won't be able to waltz from the beginning of level one all the way to the end credits with one eye tied behind your back (please don't try that). Co-op, then, is even more welcome than before, especially given the strong support role the second player adopts. Two local players can pick up controllers and/or a Vita, the first operating regular, Gold Knack, and the second a special silver version of Knack. Silver Knack supports Gold Knack by picking up parts from the battlefield and donating them to keep Knack's health topped up. It was designed for families in mind, with parents helping their kids play through the campaign. Or, with the heavy difficulty, letting semi-experienced gamers feel like they aren't a failure.

Knack can currently be pre-ordered via PSN and will be available as a launch title for PS4. It supports two player local co-op.