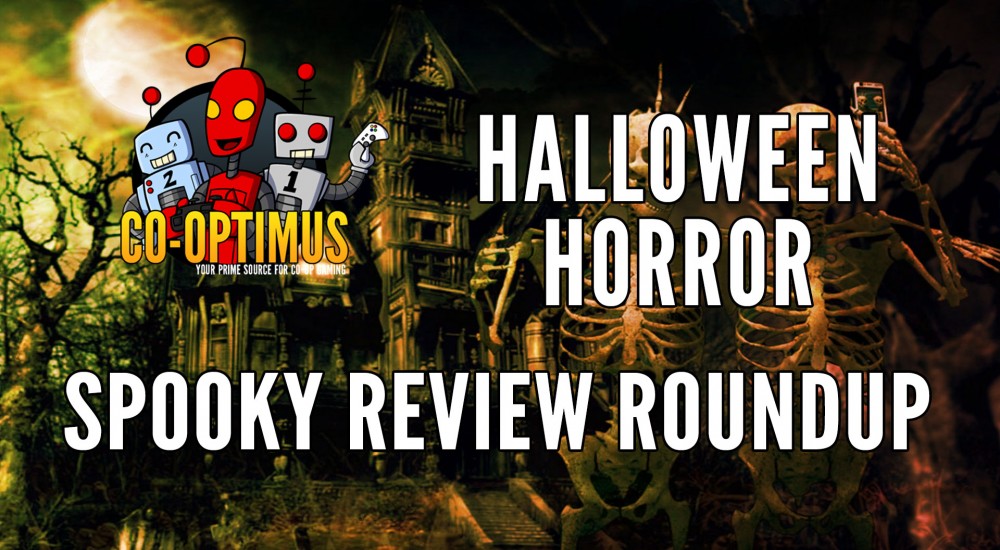 The best time of the year is upon us, and every Halloween I take it upon myself to showcase the best horror games of the season. This year, among the 31 games in the Halloween Horror showcase, a good number of them featured co-op. So, grab your bag of candy hold your trick-or-treat partner's hand, and let's take a look at some scary co-op games.

First up we have the sci-fi space thriller-turned-action shooter, Dead Space 3. The first in the series to feature co-op, Dead Space 3 is full of horrific Necromorphs, all fuels by the beautiful church of Unitology.

Halloween wouldn't be complete without the Ghostbusters. This year we took a look at Ghostbusters: Sanctum of Slime, the twin stick shooter that features an all new rookie Ghostbuster squad:

What are the two worst things you can have? Zombies, yes. Nazis, yes. Combine them to make this supernatural horror superpower in Sniper Elite: Nazi Zombie Army. Complete with enough bullet time to make Morpheus sick.

When your vacation is interrupted by the undead, the only logical solution is to beat the crap out of everything. Why not do it in style with a flaming machete? Dead Island: Riptide has all of these things.

The last co-op horror game featured on this year's list is the recently released How To Survive. A new take on the zombie survival horror, How To Survive puts you on an island with an unnatural amount of infected to kill. Your only advantage? You have a brain and they don't.