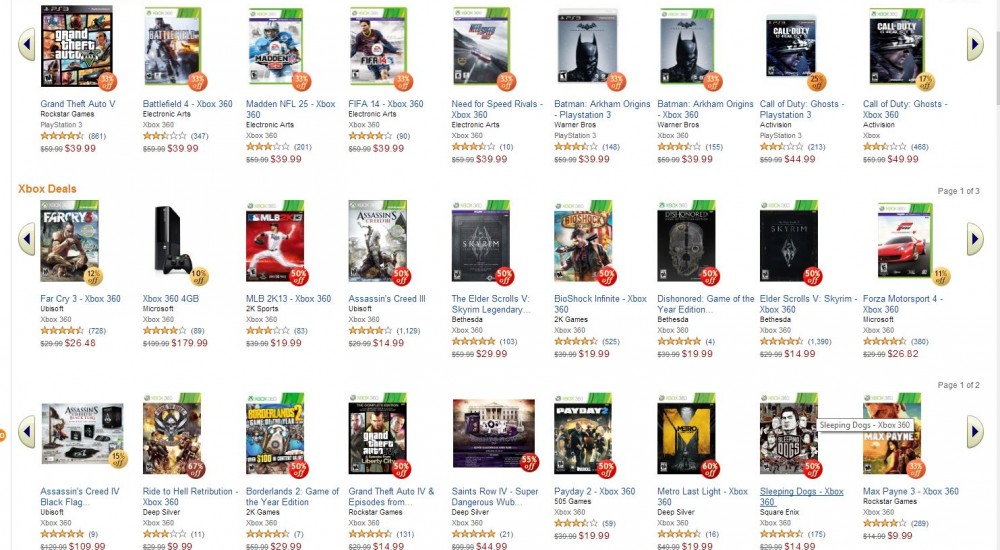 Black Friday might be the biggest shopping day of the year for most of the world, but Cyber Monday is the day for gamers and geeks to open their wallets. Cyber Monday is the Monday after Black Friday and features amazing online only deals from many of the biggest sites on the internet. So it's no surprise Amazon has gone all out with deals on everything from TVs, Movies and Blu-Rays, Streaming Devices and of course Videogames.

Amazon's deals on videogames actually aren't just available on Monday, December 2nd - but all week long with lightning deals every hour all week.

If you want to check on the latest deals I suggest you bookmark this link.

Here are some highlights we've found for co-op gamers.

Remember to keep this Amazon Cyber Monday Videogame deals page handy. There's some killer deals upcoming, including Saints Row IV: Collector's Edition - the one with the dubstep gun. All the above links support Co-Optimus.com.