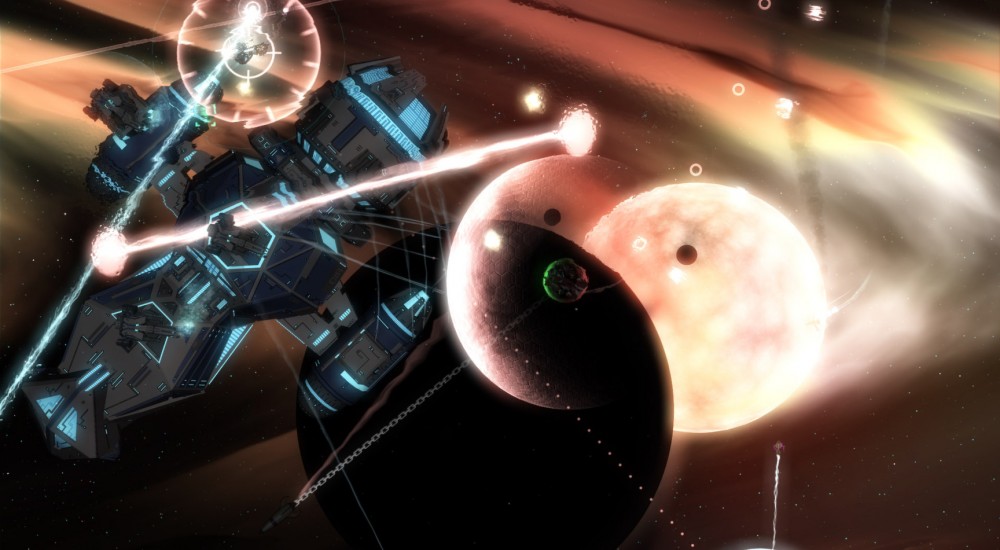 Sometimes its easy for a game to get lost in the shuffle. Whether it's a busy news season thanks to E3 or a hectic fall release schedule, it can be tough for any game to get noticed. As we head into the winter months we'll be doing our best around Co-Optimus to do some house cleaning and find those hidden gems. It looks like we missed a slick little twin-stick shooter that was released earlier this year on Steam called Ring Runner.

Ring Runner is actually a hybrid style game, combines twin-stick action with RPG elements. The campaign spans 30 hours of gameplay in a universe created by a companion novel of the same name. The game and story were crafted by a small two to three person team over a five year period and it's obvious the end result is a labor of love.

Of course we wouldn't be talking about Ring Runner if it wasn't for co-op, and the game provides a few options.

Cooperative play comes in two forms. Local co-op allows two people to control a single ship together and play from the second chapter of the campaign onwards. There's also 6 PvE scenarios where you can team up with friends online to play two different ships.

So what exactly are the scenarios available? Some of them sound a little versus to us, but for the most part there's some straight up co-op goodness happening here.

Space Defense League - League of Legends/DotA in space! Complete with cruisers, bosses, swarms of drones, and waves of power up crates

Zombie Survival - Rack up the kills before the hordes of space zombies feast on the atoms of your brains; defeat custom bosses to gain Super Sage abilities!

Spire Battle - Fast-paced base vs base battles

Deathmatch - No teams; it's every Sage for his or herself

Ring Runner sounds great and we'll be checking it out in the coming weeks. Expect a full co-op review. If you've played it, let us know what you think!

You can get Ring Runner from Steam or direct from the developer.